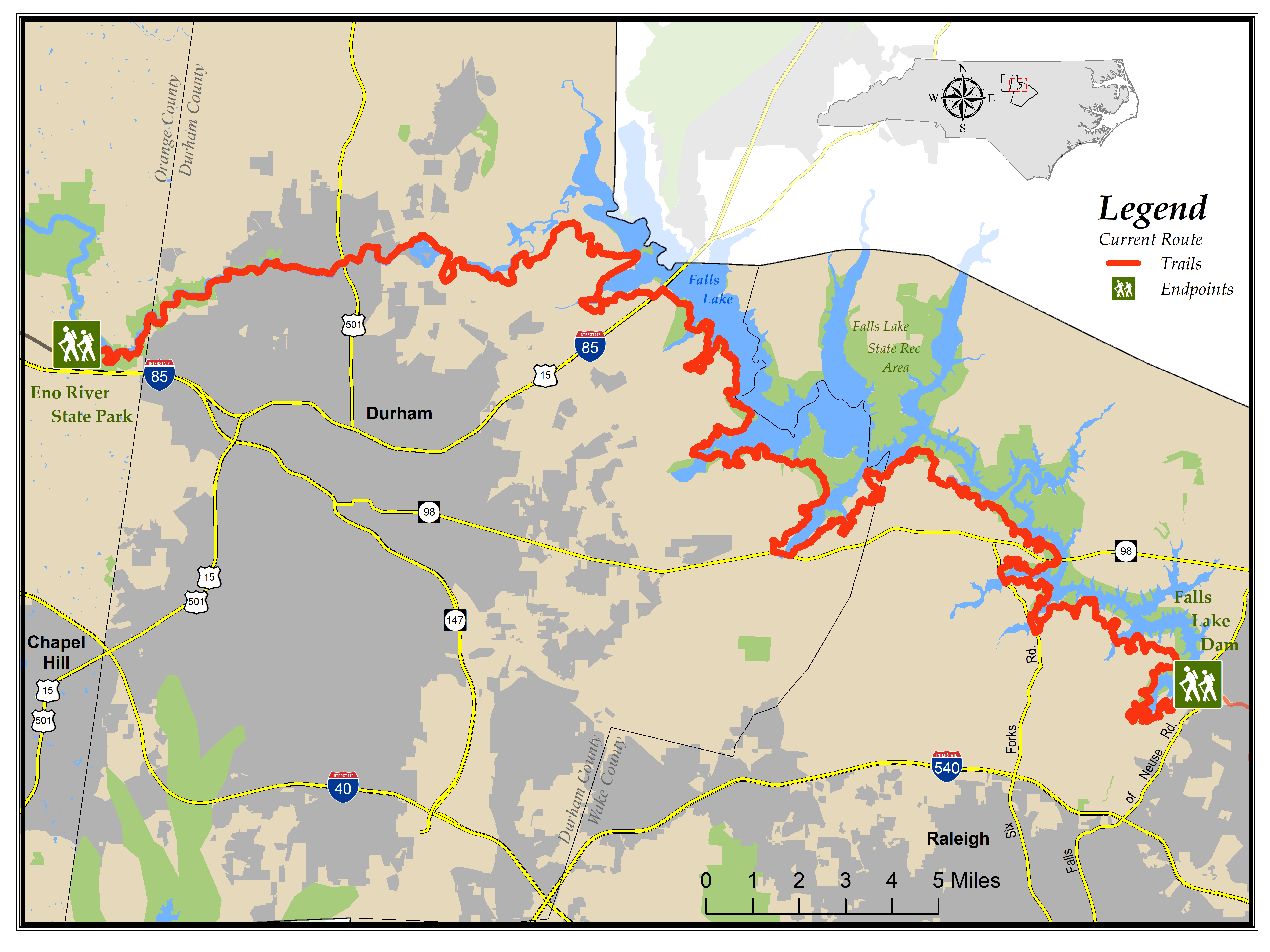 Art Kelley’s beautifully detailed maps of the Falls Lake and Eno River trails are available for purchase through his website, artshikingmaps.info.

By Mark Edelstein and Friends of the Mountains-to-Sea Trail

Water, water everywhere, to paraphrase Coleridge, could be the theme for this segment of the Mountains-to-Sea Trail (MST) in North Carolina’s Piedmont. As it winds its way along two prominent bodies of water, the Eno River and Falls Lake, it is hard to believe that just south of you is one of the most populated areas in the state, the Triangle (Raleigh, Durham, and Chapel Hill). While there are certainly brushes with “civilization,” the majority of this trail corridor harks back to a time when this state was famous for its rural qualities.

Heading east, the trail starts in Orange County, following the Eno downstream in Eno River State Park to soon enter Durham County, where it goes through history-laden West Point on the Eno. Approximately 5 miles later, you traverse Penny’s Bend Nature Preserve, where a geological oddity causes the river to form a U-shaped bend, unusual for this area. Soon the Eno disappears as it flows into the vastness of Falls Lake. The MST now hugs the southern shore of this man-made reservoir as it winds its way in and out of coves and small creeks to end by the dam on the outskirts of Raleigh. The fact that this 79-mile footpath exists is due to a combination of serendipity and hard work: serendipity because of the creation of several large parcels of adjoining public lands, rare in North Carolina east of the mountains, and hard work due to all the Triangle-area trail enthusiasts who’ve made this footpath a reality.