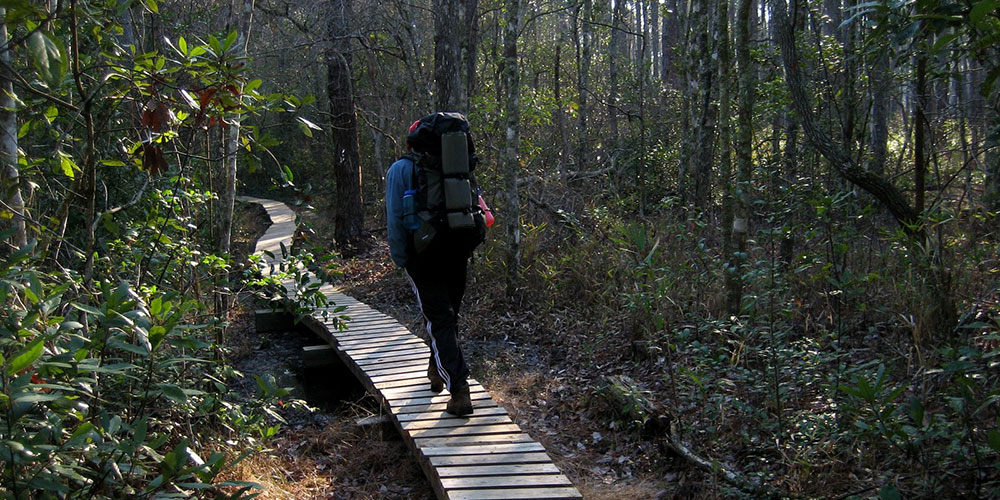 Segment 16: The Croatan and Neusiok Trail 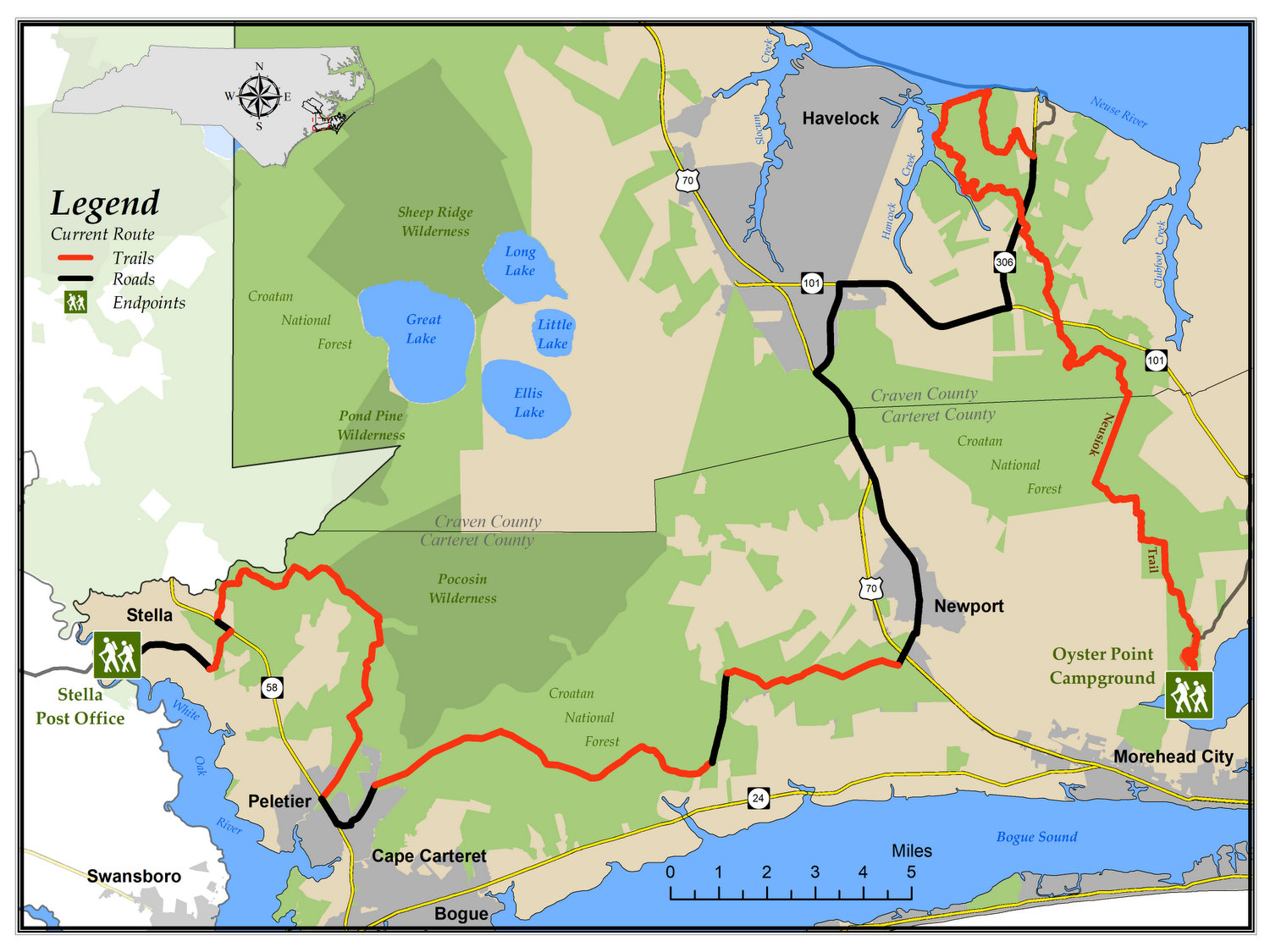 Hikers on this 69-mile trail segment will explore miles of sand roads and trails through the Croatan National Forest, as well as historic old towns and the outskirts of one of the many military bases in this part of the state.

The western third of Segment 16 mostly follows unpaved forest roads through the 161,000-acre Croatan, one of four national forests in North Carolina. These very lightly traveled roads—some are even gated to exclude vehicles—provide surprising and delightful solitude. Although small by national forest standards, the Croatan is a very special place—home to many rare natural communities and native species of plants and wildlife.

The center of the forest is largely pocosin, nearly impenetrable upland swamp with brushy vegetation that is home to many species, including black bear. The trail, therefore, skirts the pocosins to the south—following sandy ridges that support a longleaf pine forest that is being managed to increase the population of endangered Red-cockaded Woodpeckers. When Europeans first settled the Americas, longleaf pine forests were the predominant ecosystem in the southeast, but they are now considered globally rare.

The star attraction of this segment, the easternmost 21 miles, is the Neusiok Trail, the longest hiking path in eastern North Carolina. The Neusiok, which marked its 45th birthday in 2016, was built and is maintained by the Carteret County Wildlife Club with help from the United States Forest Service. The western (northern) end is at Pine Cliff Recreation Area on the Neuse River, and the trail continues to Oyster Point Campground on the Newport River. Between are pine forests and cypress swamps, boot-grabbing bogs and sandy beach, salt marsh and more pocosins. Hikers may encounter black bear, alligator, bald eagles, and several species of poisonous snakes. Boardwalks in many of the boggiest areas, and three primitive camping shelters, make this trail a great backpacking experience.

Much of the Neusiok was badly damaged by Hurricane Florence in September 2018, and part of the original route remains impassible. We, along with the Carteret County Wildlife Club, have developed a new, slightly longer route that provides much the same experience.

This forest is a wet place. Particularly after a rain, hikers should expect to encounter puddles and ponds on the roads and to be ready to cross hardwood wetlands that follow meandering, blackwater streams. Hikers will be rewarded, however, with views of huge bald cypress trees and possibly an alligator, songbirds like the prothonotary warbler, and many other species.

In between the trails and forest roads of the Croatan, the trail route takes hikers through the little town of Newport, named for the Newport River, and past the Newport Historical Museum and its park commemorating an 1864 Civil War battle over the Newport Barracks. The town of Havelock, just north of Newport, is home to the Marine Corps Air Station at Cherry Point.