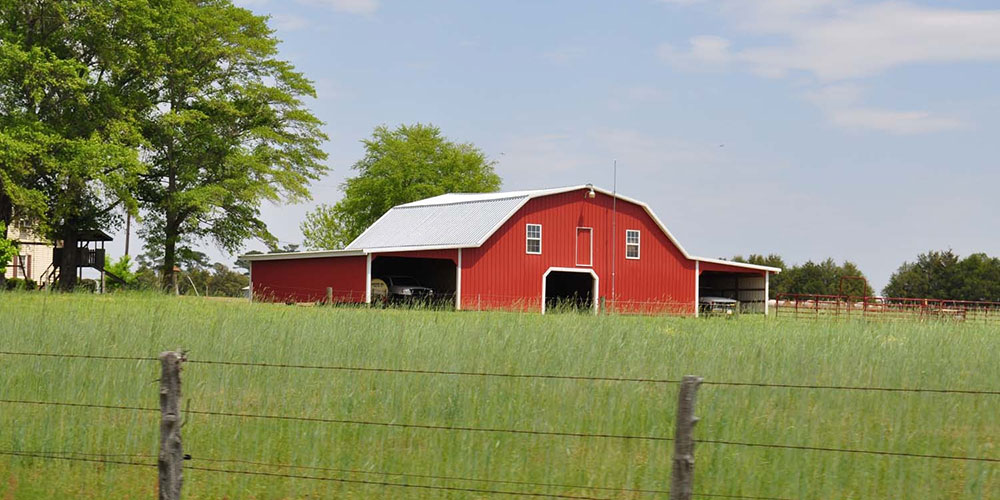 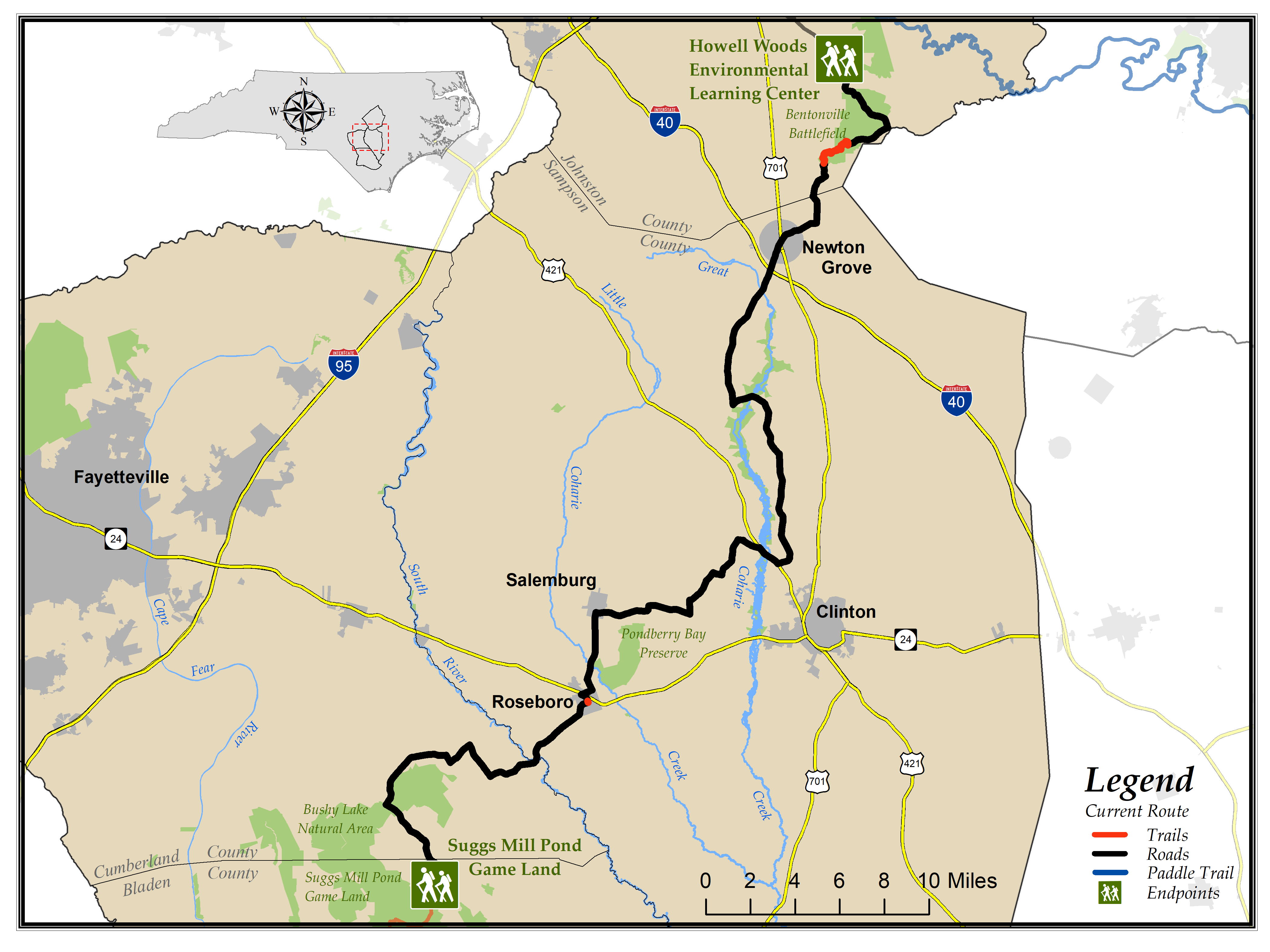 This 66-mile segment traverses one of the most productive agricultural areas in North Carolina. It passes through Bentonville Battlefield, the site of the largest Civil War battle in the state, crosses three popular paddling rivers, and goes through two of Sampson County’s picturesque small towns.

The farms of Johnston, Sampson, and Cumberland Counties along the route produce a diversity of products. As you walk, look for tobacco, cotton, sweet potatoes, hogs, turkeys, cattle, soybeans, and forestry. Great agricultural soils and climate, fairly flat topography, and good rainfall have led Sampson County to be ranked first in North Carolina in agricultural crops and second in livestock and poultry, and the areas you will visit in southern Johnston and eastern Cumberland Counties produce similar crops in abundance.

This segment is a great place to explore by bike as well as on foot because all but 2.4 miles is still on paved roads.