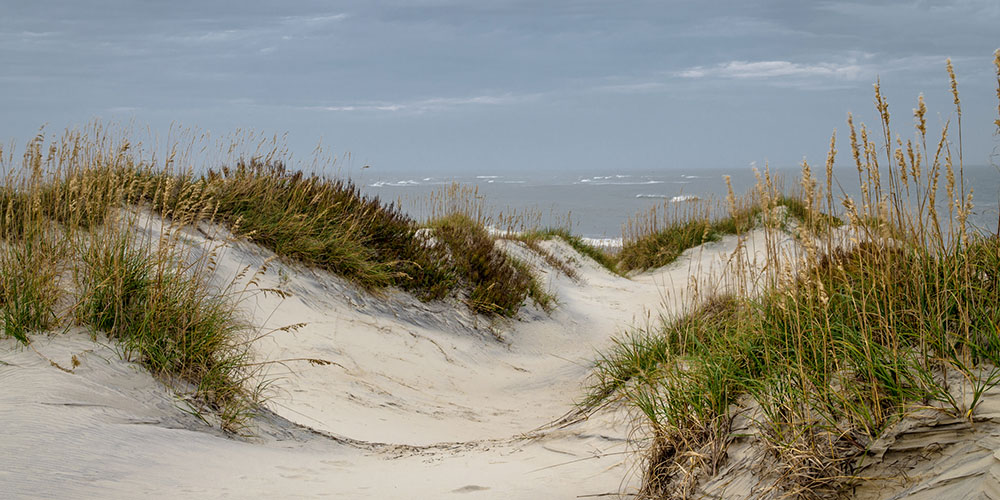 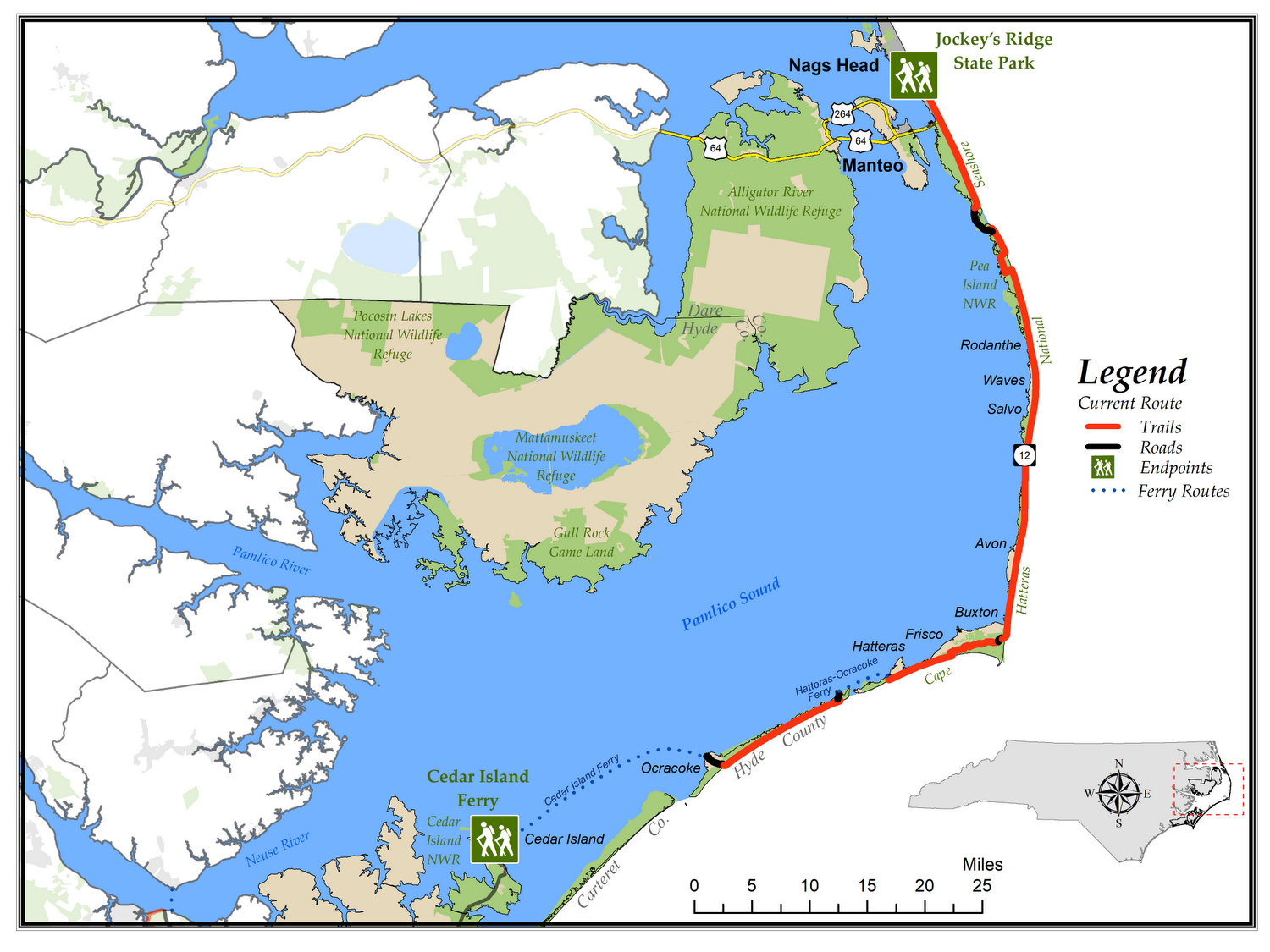 From the secluded beaches of Ocracoke Island to the tourist bustle of Nags Head, this segment captures the many aspects of North Carolina’s easternmost parts. These barrier islands, or “banks,” are rich with history, wildlife, and scenery. They are also the site of some of the most extreme weather in the country. Situated as it is—sticking far out into the ocean, where two major ocean currents collide—the region has earned its nickname, “The Graveyard of the Atlantic.”

The western end of this segment is at the Cedar Island ferry terminal in Carteret County and the eastern end is at the highest point on the dunes at Jockey’s Ridge State Park in Dare County. The segment includes 82.2 miles of trail plus two ferry rides. The ferry between Cedar Island and Ocracoke Island takes about 2½ hours, and the ferry between Ocracoke and Hatteras Island is about 60 minutes.

Because most of the trail in this segment is on loose, sandy beaches, it is not recommended for bicycles; however, NC 12 parallels the trail almost its entire length and is a good alternative for cyclists.