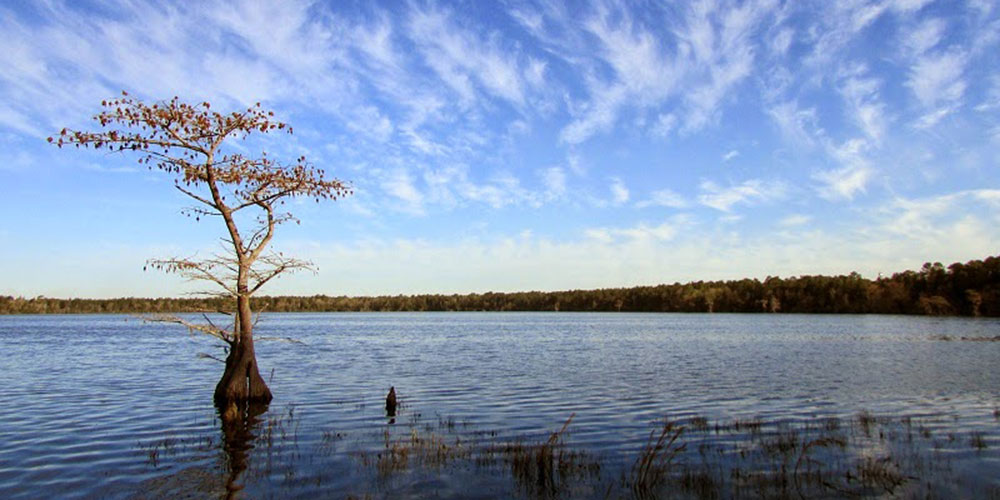 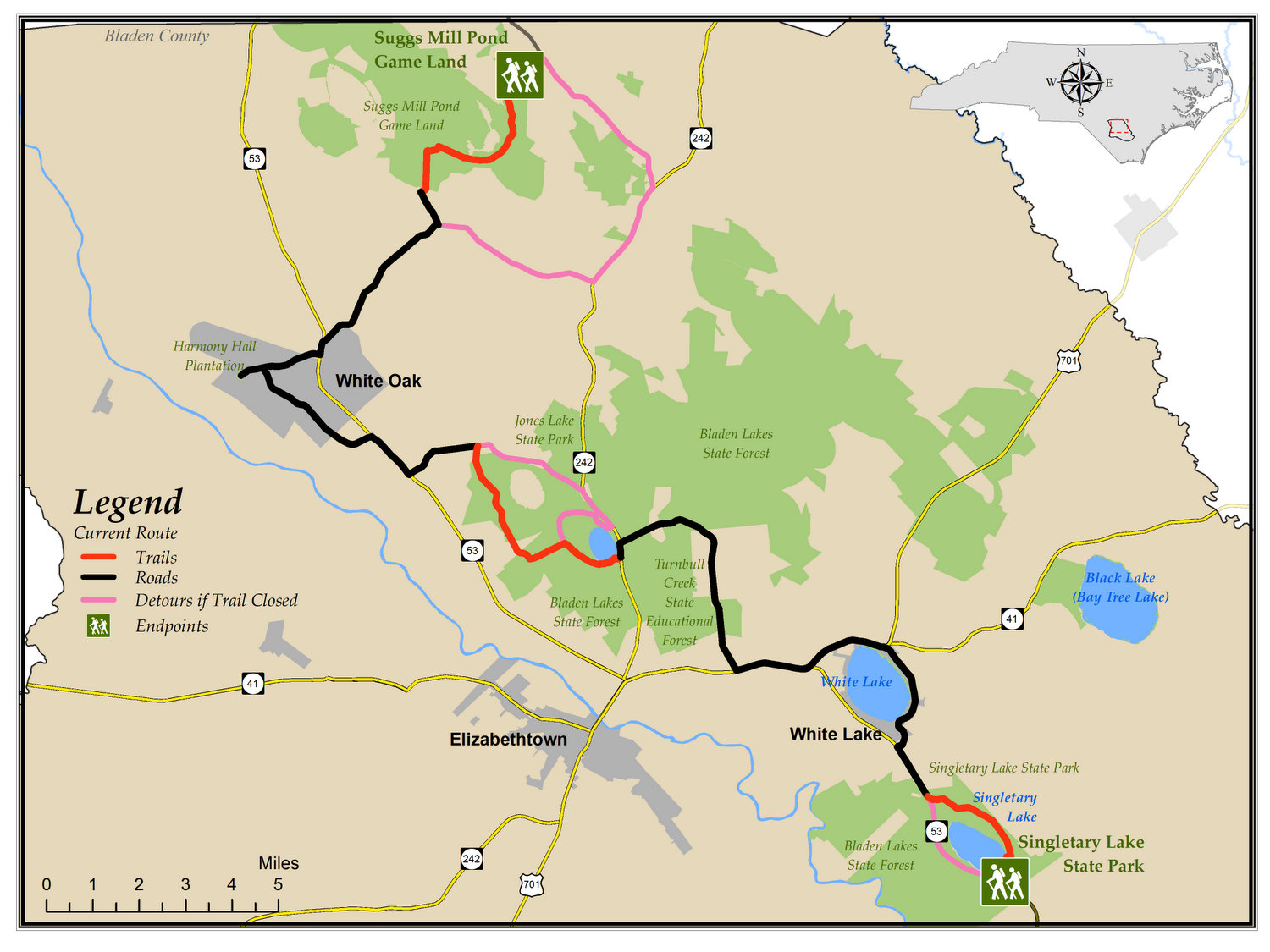 This 39-mile segment allows hikers to explore one of the most diverse and intriguing ecological areas in the nation as well as a Revolutionary War site and the resort community of White Lake.

The route traverses public lands that protect many “Carolina Bays,” elliptical depressions all aligned in a northwest to southeast direction. The bays provide habitat for many rare and endangered species, and theories abound about how they were originally formed. Some of the more famous bays along the trail route, including Jones, White, and Singletary, are large lakes. In other places, hikers should look for bays without standing water—still with the same shape and directional alignment. The bays are named for the bay tree which grows in many of them.

At Turnbull Creek Educational State Forest, hikers can also learn about the naval stores industry, which tapped longleaf pine for tar and turpentine until the Civil War, and about the role that public-land managers in Bladen County are playing today to revive the population of endangered Red-cockaded Woodpeckers.

This segment includes several stretches through game lands and state forests that may be closed to hikers because of hunting, timbering, or burning. See the “Special Considerations” sections and hiking directions for this segment for more information about possible closures and alternate routes.