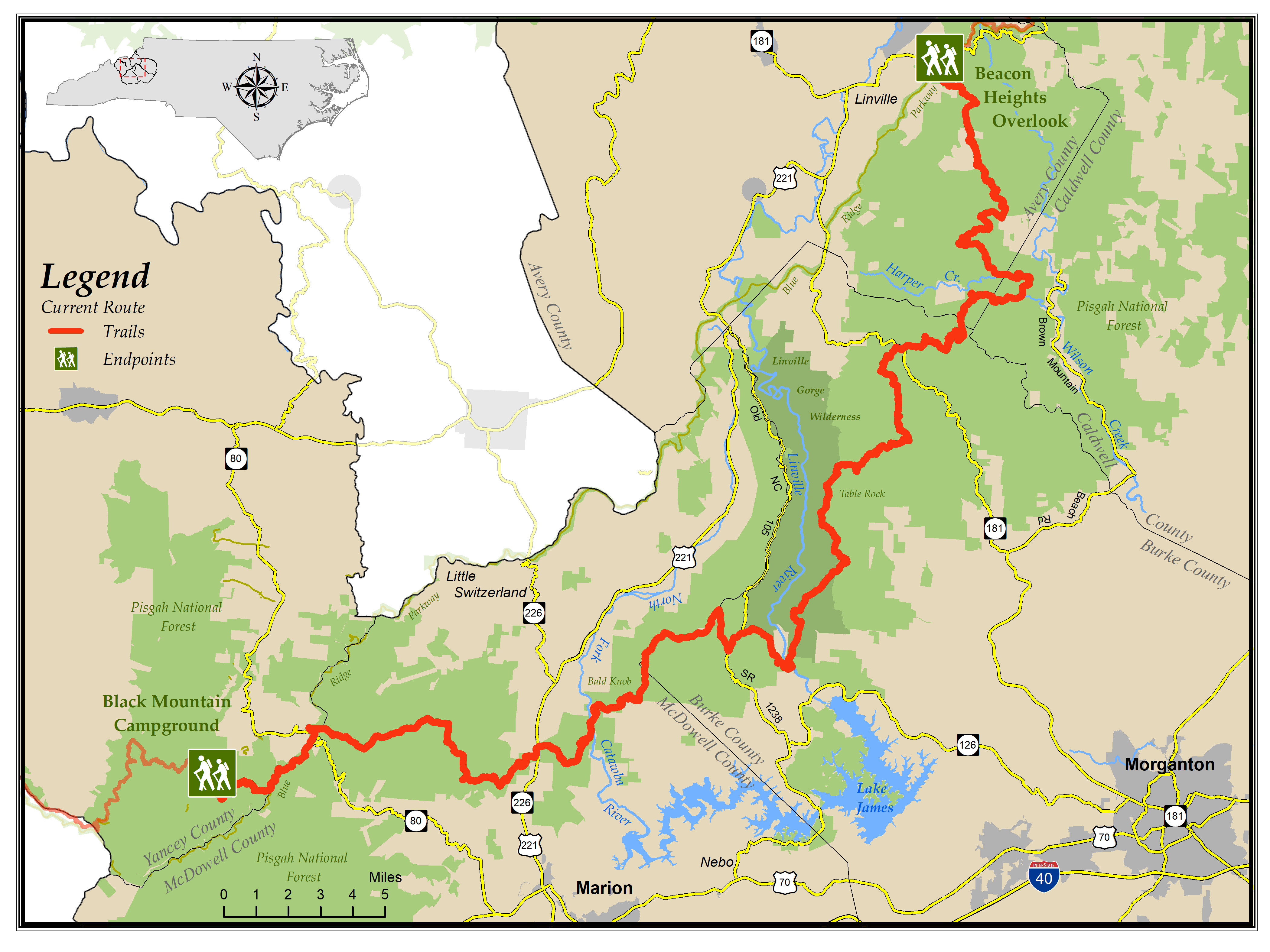 By Robert Trawick and Friends of the Mountains-to-Sea Trail

Hikers on this 75-mile segment through the Pisgah National Forest follow forest ridgelines, climb peaks to dramatic views, forge rivers, and meander along creeks that lead to stunning waterfalls and crashing whitewater. The segment is very remote, with long departures from roads and little access to amenities.

Traveling eastbound, the trail leaves Black Mountain Campground on the South Toe River and climbs gradually to the Blue Ridge Parkway (BRP), at the Continental Divide to the Tennessee Valley. It travels through mostly mature forest in the Pisgah National Forest or along the BRP.

The trail then descends to the North Fork of the Catawba River and climbs Bald and Dobson Knobs, among the most challenging ascents on the entire MST. From these heights, hikers see some of the most spectacular views of the region, from Lake James to Little Switzerland.

The trail then dips into remote wild-trout waters located in areas nominated for wilderness status. It follows tributaries in the western Wilson Creek basin to the confluence of Harper and Raider Camp Creeks and then climbs along Harper Creek before hopping over a ridge to Lost Cove Creek and Gragg Prong. The trail follows these streams until it nears the BRP at Grandmother Mountain and Beacon Heights. Much of this part of the trail travels alongside crashing wild streams and rocky outcrops, which also offer picturesque cascades and waterfalls. This area was heavily timbered in the early 20th century and the trail often follows the old roads and railroad beds. One may look for traces of once vigorous human activity among the resurgent timber, in the sagging banks of these passages, and in the hints of washed-out and vanished bridges and settlements and wonder how nature has reclaimed these valleys and coves. 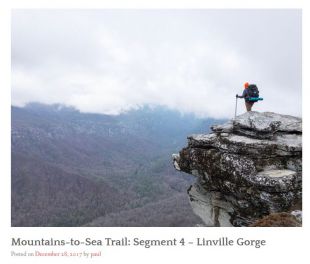 This blog entry has a wonderfully evocative description the author’s experience in Linville Gorge, Segment 4.