Many of our Trail Crews have hit the ground running in 2022. From new steps and stone work in Segment 4 to tree clearing in Segments 8 and 10, Crews have been busy! 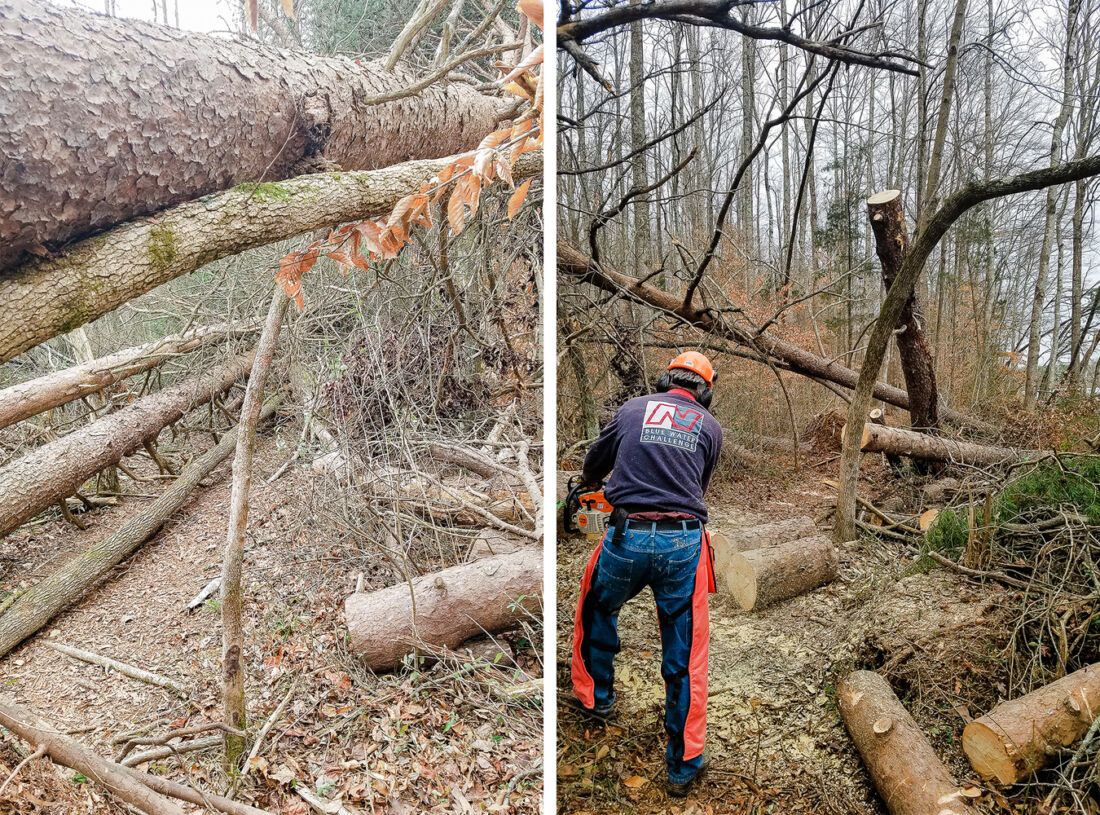 Tree Clearing on the Osprey Trail, Images by Germaine Yahn

In early January a storm moved through Segment 8 bringing down trees throughout Guilford County. The downed trees were significant enough to close at least two MST trail sections and make it difficult to hike others. The Greensboro and Eastern Guilford Task Force had two workdays on January 7 and 8, however, it was really just part of a week filled with maintenance activities.

We coordinated with the City of Greensboro and Guilford County on tree clearing. For the city Evan Clark and the trail’s crew have been clearing trees on many trails and this week are clearing the trees remaining that we did not get to on the MST sections. For the county Dustin McLean cleared the trees at the GCFarm. We are able to clear and maintain the MST sections through coordinating with them. Thank you. (Greg Yahn, Greensboro and Eastern Guilford TFL)

In addition to the tree clearing a crew of volunteers made progress on the new trail at Hines Chapel. This second crew did grubbing and tread work on the trail towards Mcleansville Road and continued tread work and sapling removal toward Reedy Fork Pkwy (Segment 9). 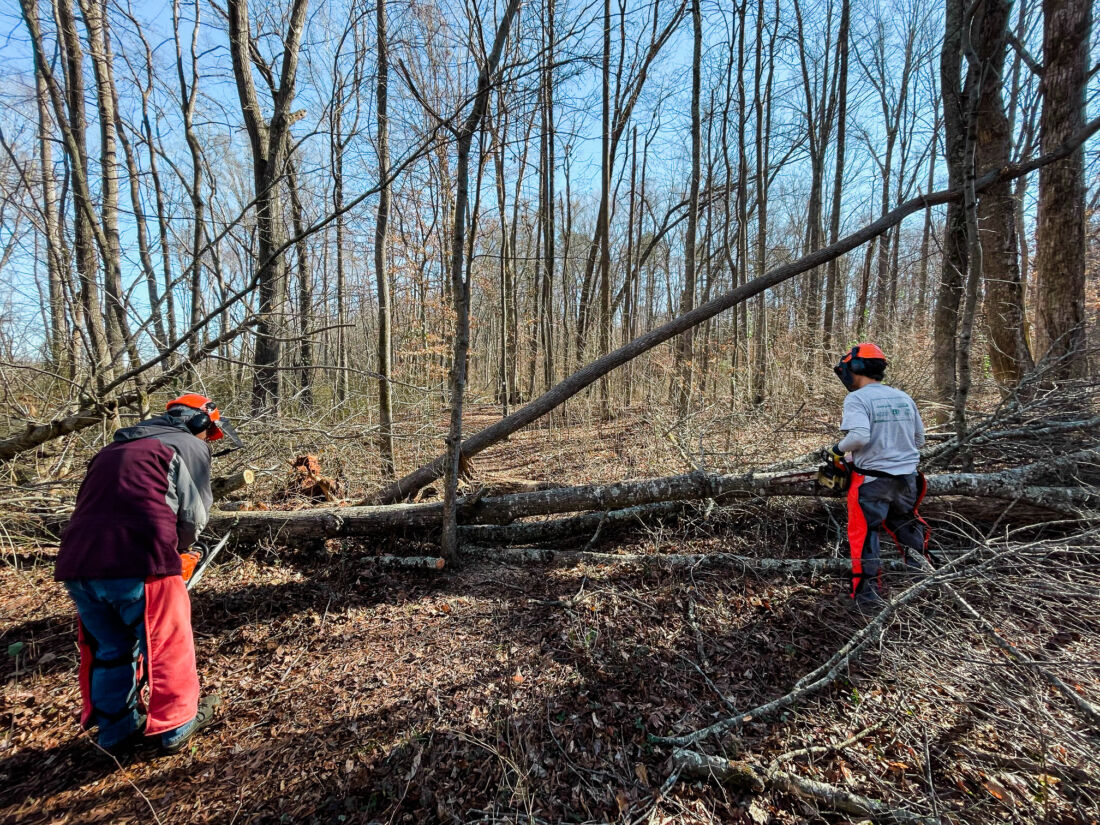 We love our Trail Crews and are so thankful for the hard work that they put into keeping the MST open and passable. 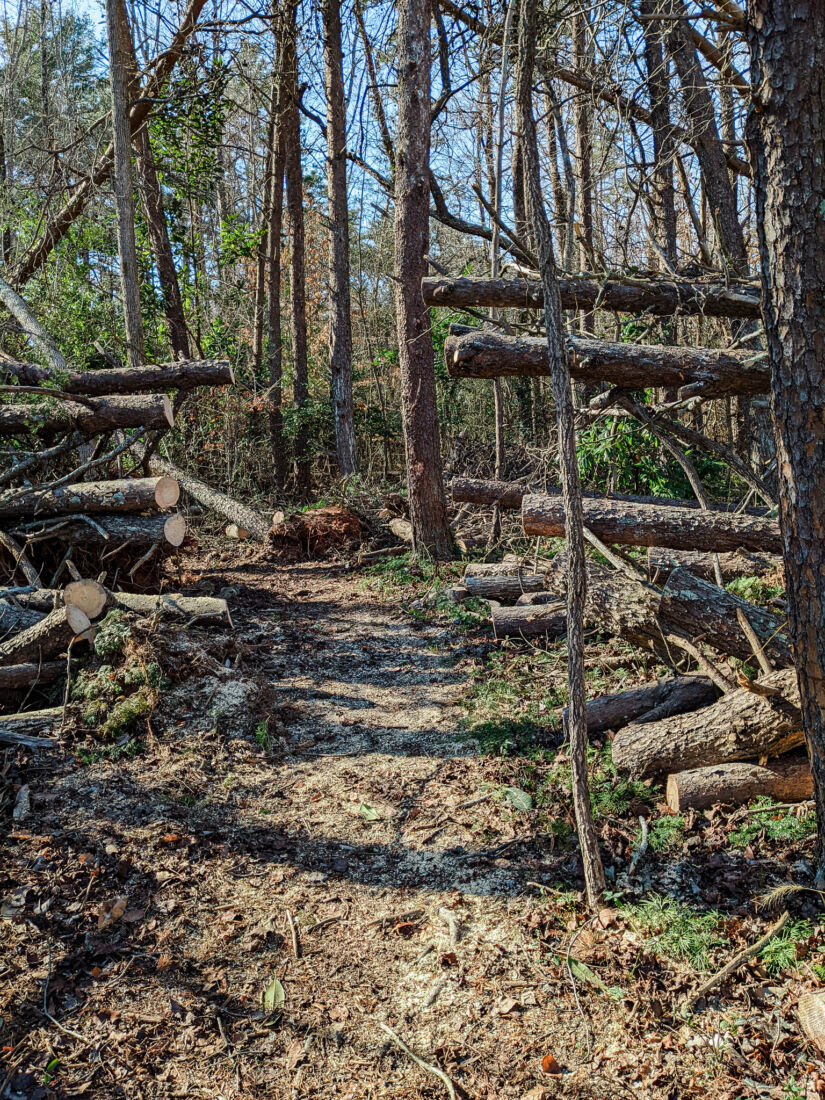 Have you signed up to work on a Trail Crew?