People and places connected by a small white dot; How to listen to Our State magazine’s podcast about the MST

People and places connected by a small white dot; How to listen to Our State magazine’s podcast about the MST

Our State magazine has just launched a delightful new podcast about the MST, and I’m writing to let you know how to listen to it.

For those of you new to podcasts: it’s like listening to a radio show but on your own computer or phone at a time that works for you. 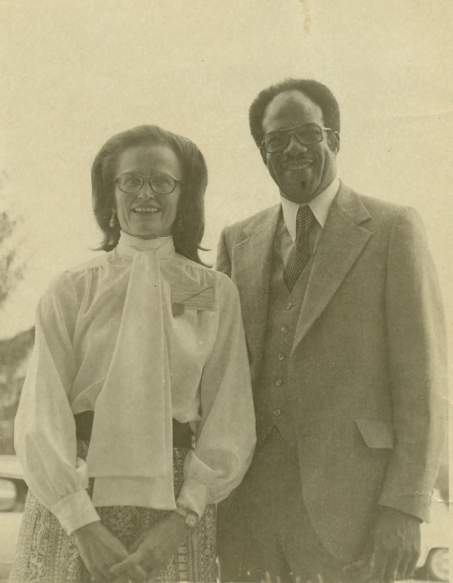 Host Jeremy Markovich is a talented storyteller, and he is weaving a tale of the people and places connected by our small white circle. He has followed three thru-hikers and interviewed many others – trail builders, trail angels, citizens of trail towns — who have helped make the trail what it is today and are envisioning its future.

The first episode includes sparkling interviews with Howard N. Lee who gave the 1977 speech that launched the MST as well as with llama wrangler Alan Householder, who thru-hiked the trail with Allen de Hart in 1997 to re-energize efforts to complete the trail.  (Secretary Lee is pictured with Dr. Doris Hammett at the 1977 trail conference and Alan Householder and Allen de Hart are pictured on the right.) 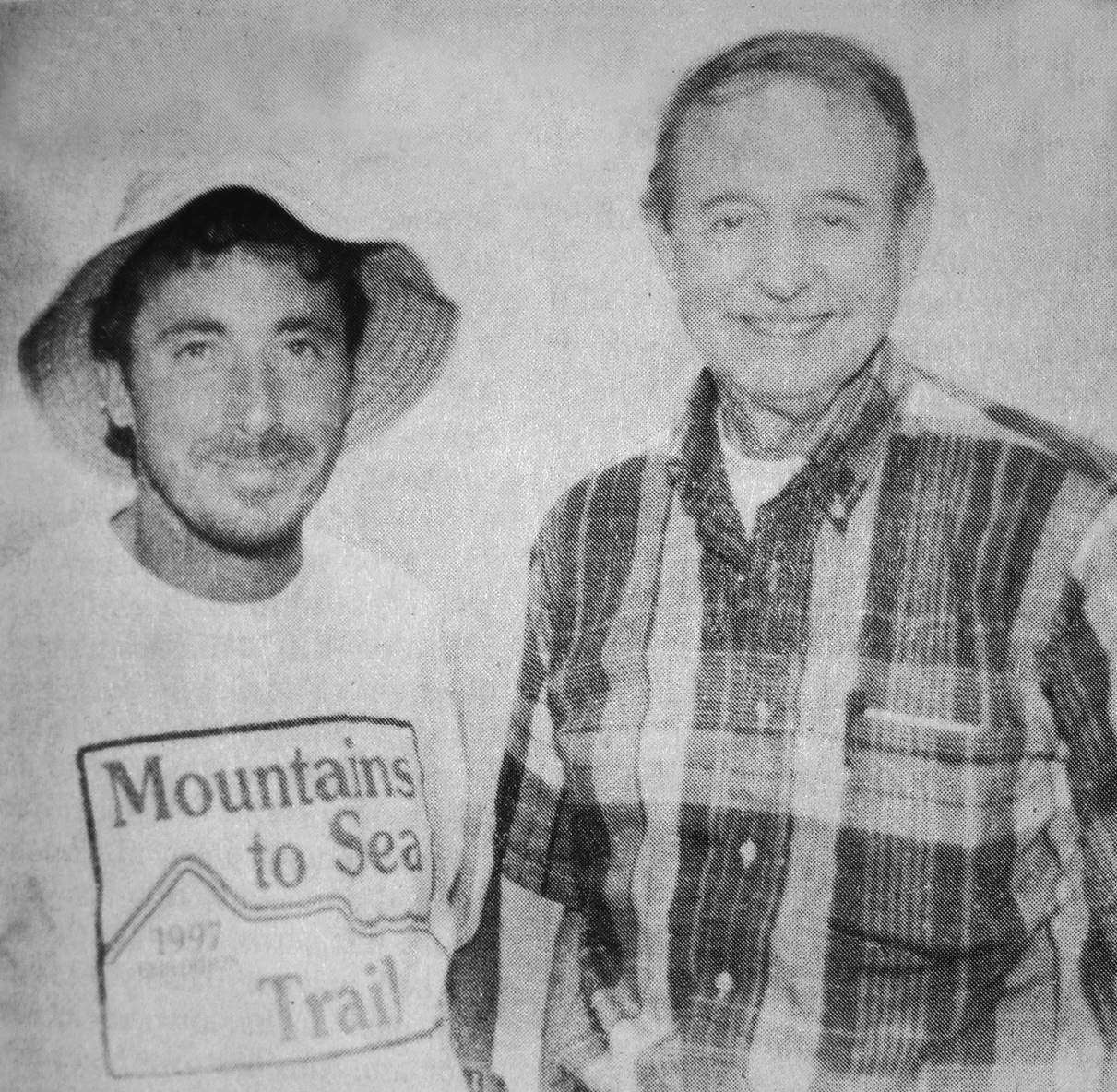 Early in the first episode, host Jeremy Markovich says “If you don’t know that much about the Mountains-to-Sea Trail, that’s okay. I didn’t either. If do you know a lot about the MST, I guarantee there is so much you don’t know.” I can attest – as someone who has worked for the trail for 12 years – that even I heard things I hadn’t heard before and I’m eagerly awaiting the next episodes.

So here’s a link to the first episode: ourstate.com/mountains-to-sea-trail-season-4-episode-1/

And if you like that one, here’s how you can find the next episodes as they are released:

If you are a podcast regular, subscribe to “Away Message” on Apple Podcasts, Spotify, Google Podcasts, or anywhere you listen.

If podcasts aren’t usually your thing, visit the MST website homepage and look for the LISTEN NOW! button to find links to all episodes as they are released.

Episode #2 is due out on Tuesday, April 28. I hope you’ll join me in following the whole series.