“Those who contemplate the beauty of the earth find reserves of strength that will endure as long as life lasts.” – Rachel Carson, Silent Spring. / Photo by Danny Bernstein of Sharon McCarthy on the MST along the Outer Banks 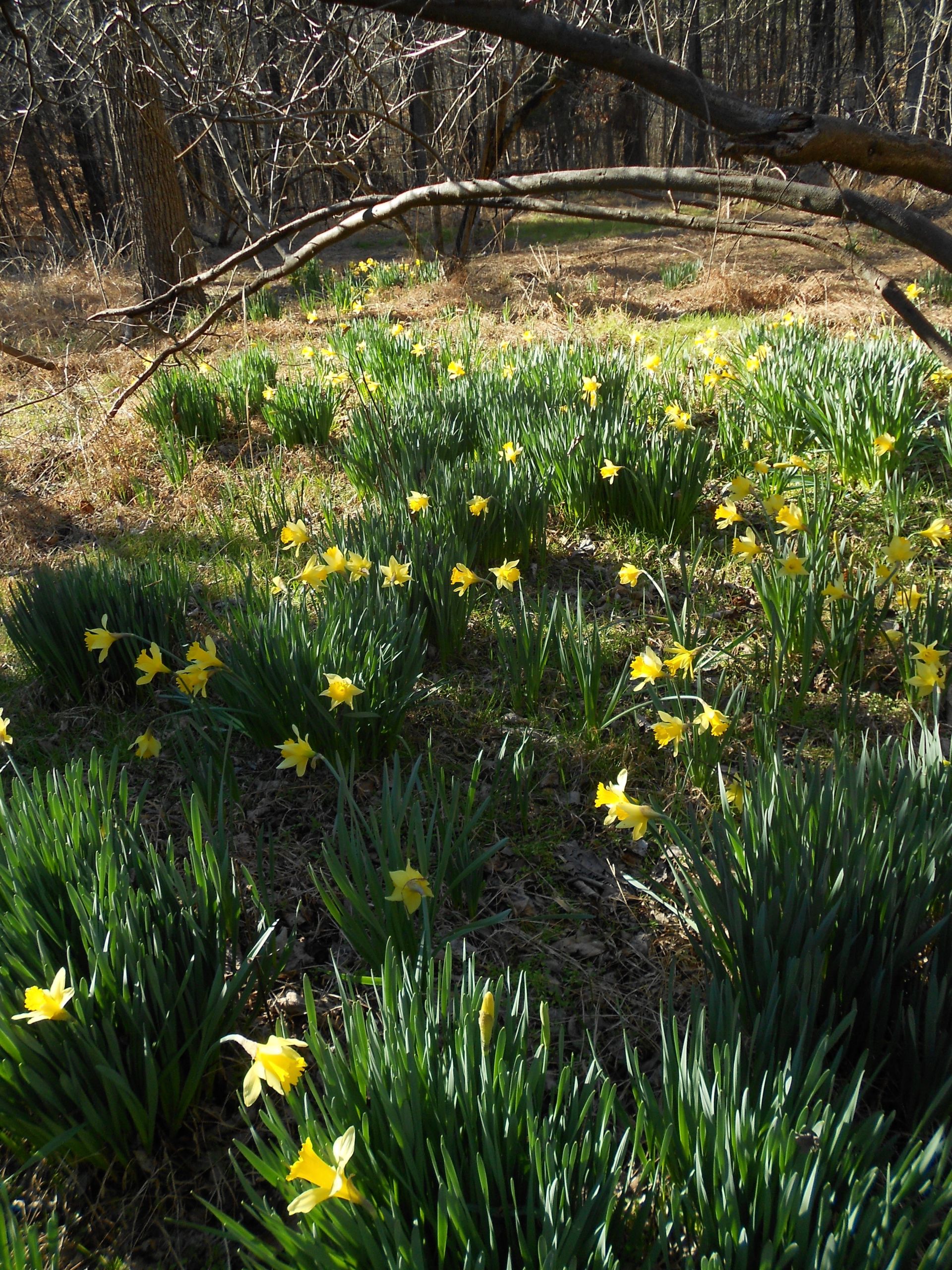 Today is the 250th anniversary of the birth William Wordsworth. We celebrate with “I Wandered Lonely as a Cloud.” Photo of daffodils in Eno River State Park and poem submitted by Phyllis Shaw.

I wandered lonely as a cloud
That floats on high o’er vales and hills,
When all at once I saw a crowd,
A host, of golden daffodils;
Beside the lake, beneath the trees,
Fluttering and dancing in the breeze.

Continuous as the stars that shine
And twinkle on the milky way,
They stretched in never-ending line
Along the margin of a bay:
Ten thousand saw I at a glance,
Tossing their heads in sprightly dance.

The waves beside them danced; but they
Out-did the sparkling waves in glee:
A poet could not but be gay,
In such a jocund company:
I gazed—and gazed—but little thought
What wealth the show to me had brought:

For oft, when on my couch I lie
In vacant or in pensive mood,
They flash upon that inward eye
Which is the bliss of solitude;
And then my heart with pleasure fills,
And dances with the daffodils. 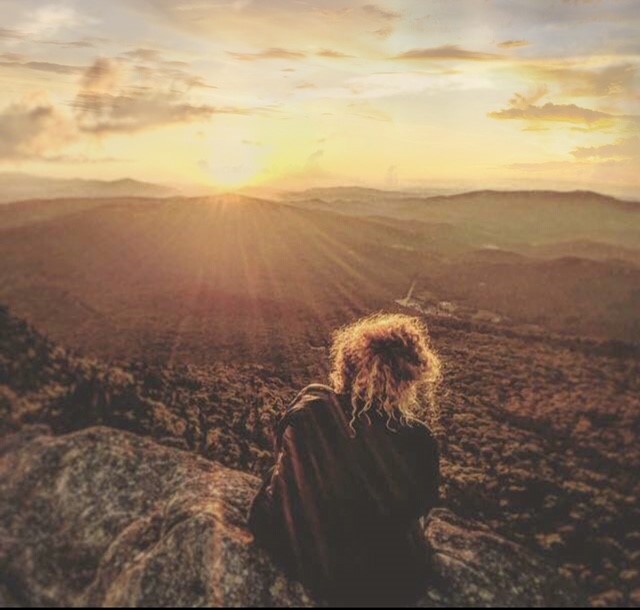 “To the wild woman being spiritual means:
Whispering to trees,
Laughing with flowers,
Falling in love with sunsets,
Consulting the waters and worshiping the stars at night.
One hand to her heart and one hand touching Mother Earth…”
– Shikoba 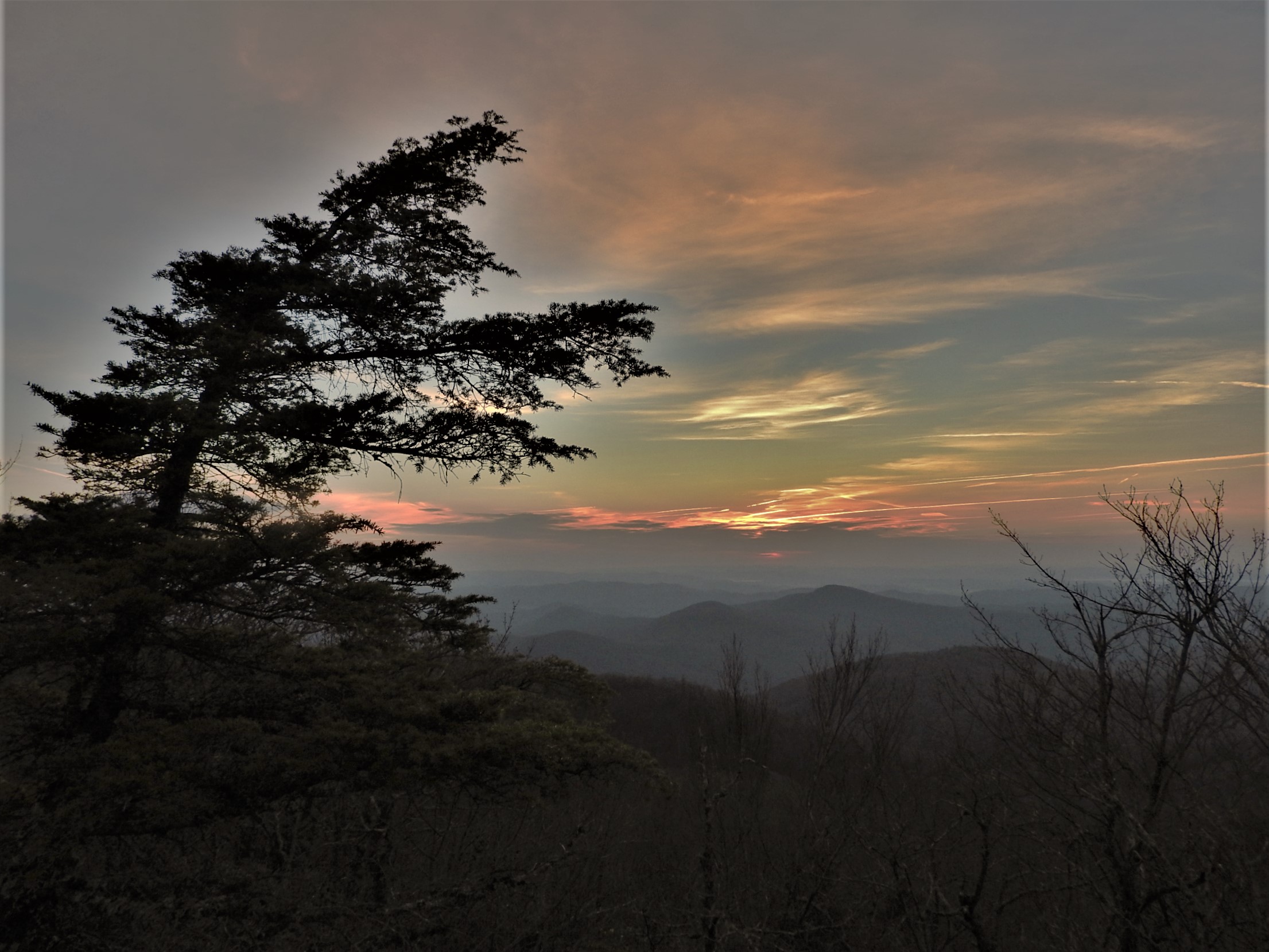 “Those who contemplate the beauty of the earth find reserves of strength that will endure as long as life lasts. There is something infinitely healing in the repeated refrains of nature – the assurance that dawn comes after night, and spring after winter.” – Rachel Carson, “Silent Spring” / Photo submitted by Donnie Williams of sunrise near Jonas Ridge 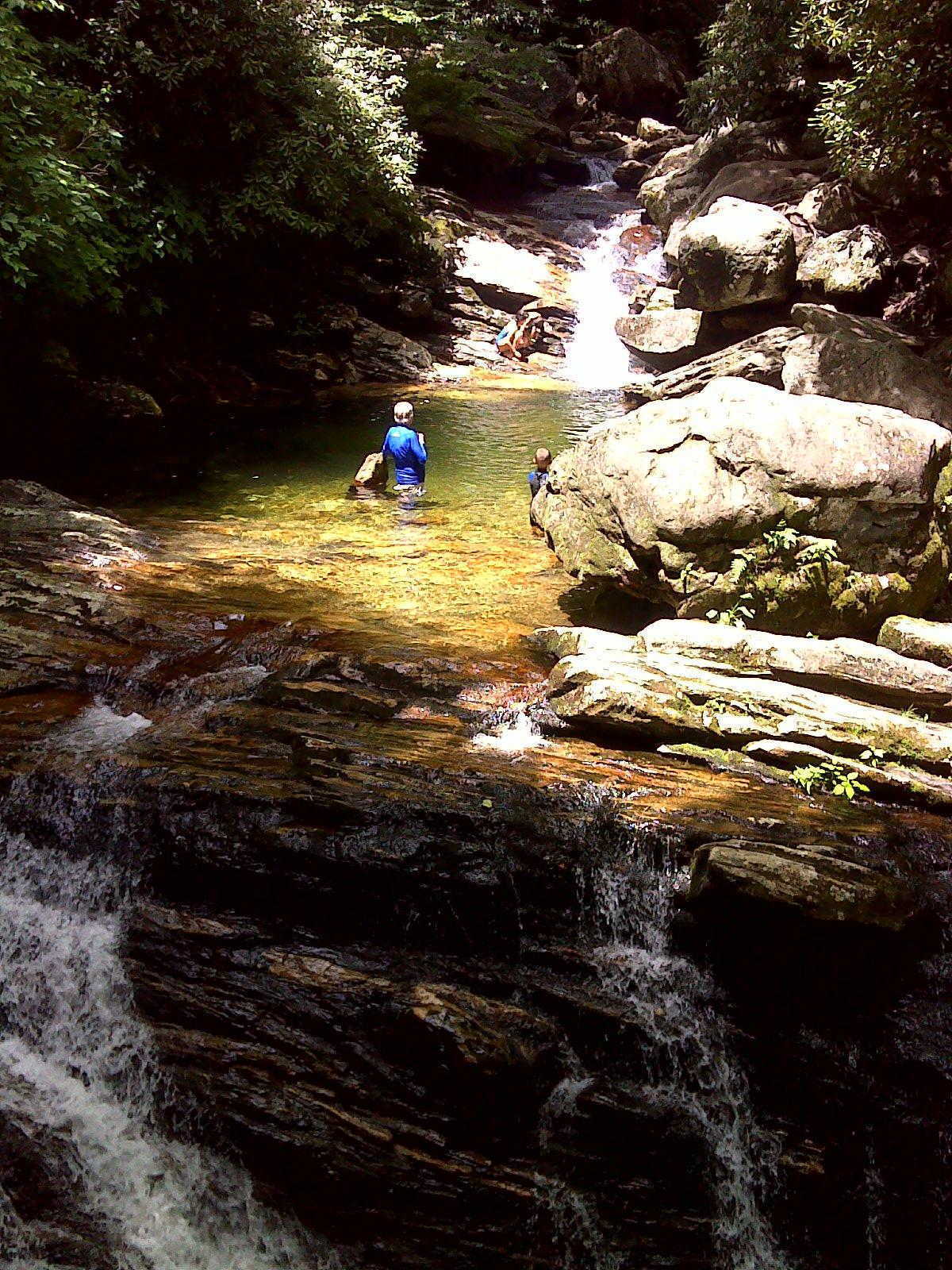 “By such a river it is impossible to believe that one will ever be tired or old. Every sense applauds it. Taste it, feel its chill on the teeth: it is purity absolute. Watch its racing current, its steady renewal of force: it is transient and eternal. And listen again to its sounds: get far enough away so that the noise of falling tons of water does not stun the ears, and hear how much is going on underneath—a whole symphony of smaller sounds, hiss and splash and gurgle, the small talk of side channels, the whisper of blown and scattered spray gathering itself and beginning to flow again, secret and irresistible, among the wet rocks.” – Wallace Stegner, “The Sound of Mountain Water” / Photo by Pete Wetzel of Skinny Dip Falls