“I find it hard to believe that 2022 will mark my 15th year as Executive Director. It has been a glorious experience to work with so many talented, passionate people on such a visionary project. I am so thankful that the early board took that chance on me. I’ve learned so much, had great fun, and I’m proud of what we have accomplished together.”

Dear Friend of the Mountains-to-Sea Trail:

In February 2022, Kate Dixon retired after 15 years as Executive Director of Friends of the MST. To honor Kate for all she has accomplished for the trail and for Friends, the Board launched the Kate Dixon Legacy Campaign to provide a way for people who want to honor her to make a gift for the trail.

Kate came to Friends of MST in 2008 with extraordinary nonprofit and conservation experience. She had served eleven years as Executive Director of the Triangle Land Conservancy and then spent four years leading a significant NC partnership called Land for Tomorrow.

Friends of MST was a tiny organization at the time, and the MST was not well-known. But Kate tells me she was inspired by the vision for the trail and she knew she loved working with talented, passionate people to build a small nonprofit. She found that talent and passion in Jeff Brewer, our first board President, and other early leaders. Kate and the Board took a leap of faith, and we went from an all-volunteer organization to one with staff.

I’ve heard Jeff say that that was when Friends of MST “started cooking with gas!”

It’s been quite a run, and we’re so thankful for Kate’s years of dedicated leadership.

I know that many of you have shared my experience of working with Kate. She welcomes people into the work – so that everything is a team effort. You take a simple first step, and suddenly – after talking to Kate – you find yourself engaged in the MST community.

If Kate’s work for the trail has meant a lot to you, I invite you to honor her work with a gift to the Legacy Campaign. We asked Kate how she would like to see gifts in her honor used. She suggested giving donors a choice between two funds (or letting us decide if you can’t choose):

I hope you will join me in a gift to the Legacy Campaign.

Finally, please plan to join us April 7-10, 2022 at the Gathering of Friends when Kate plans to say farewell. It will be a great time to celebrate the trail and Kate, welcome Brent Laurenz, our new Executive Director, and enjoy being together — in person — with other MST enthusiasts! 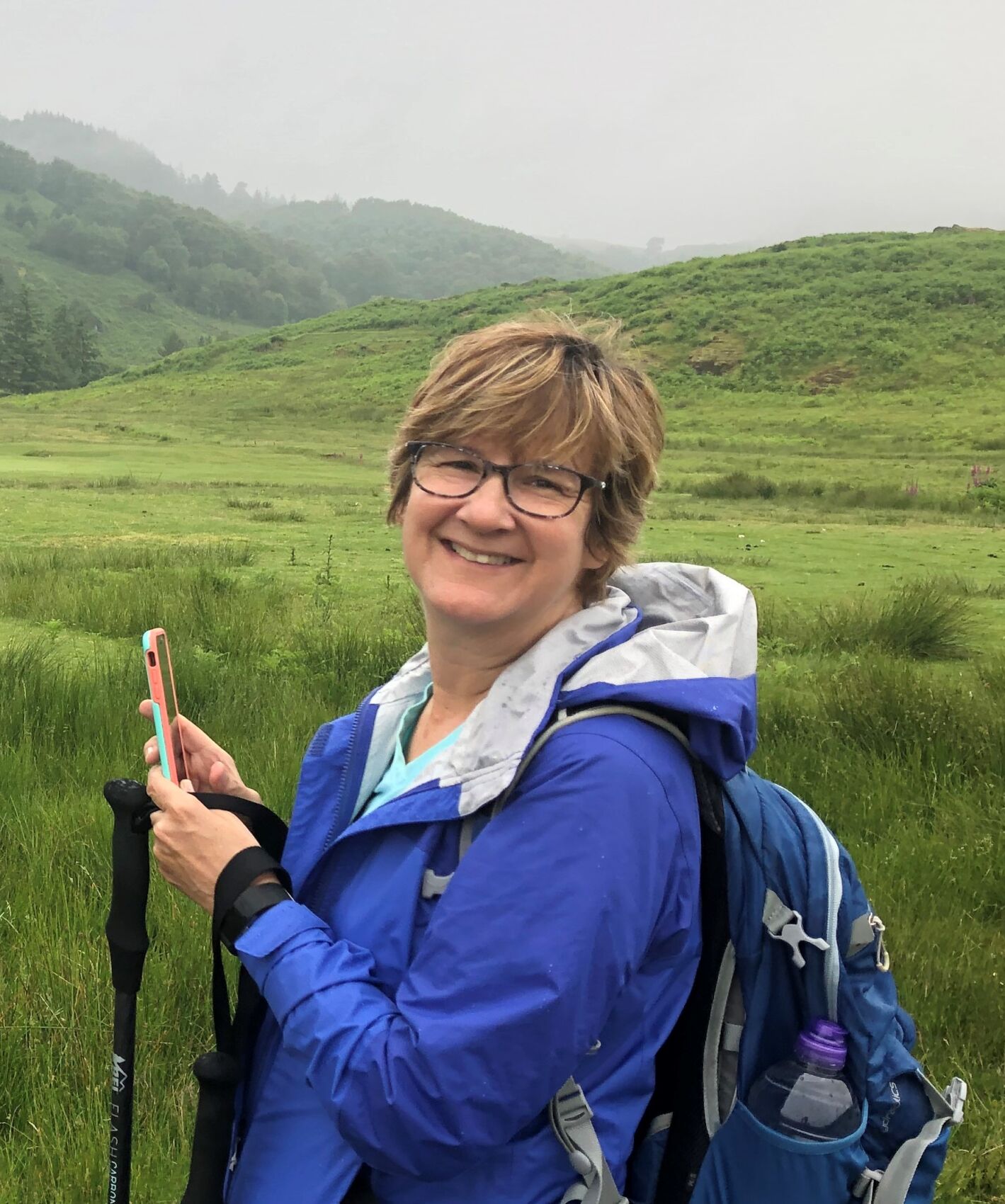 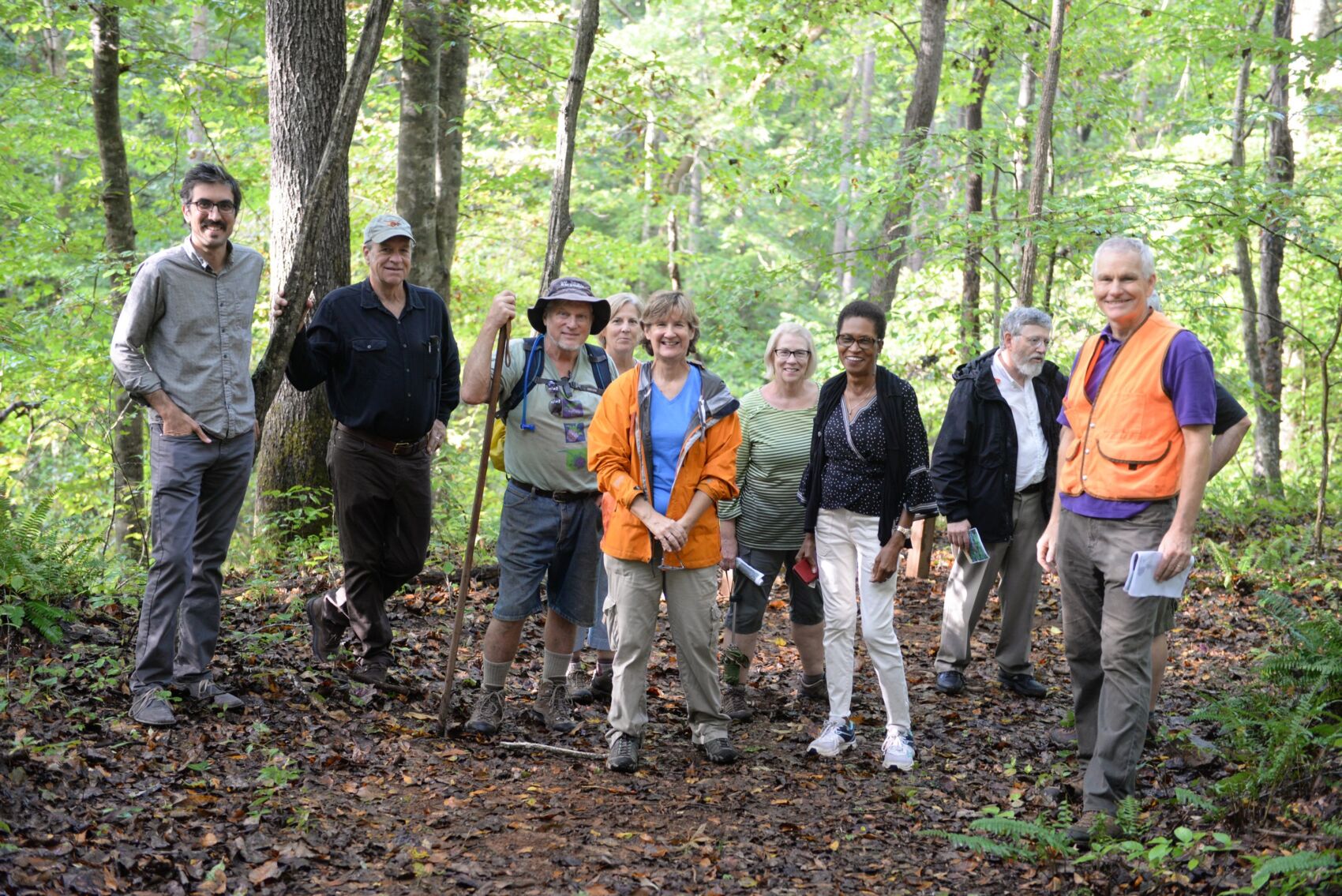 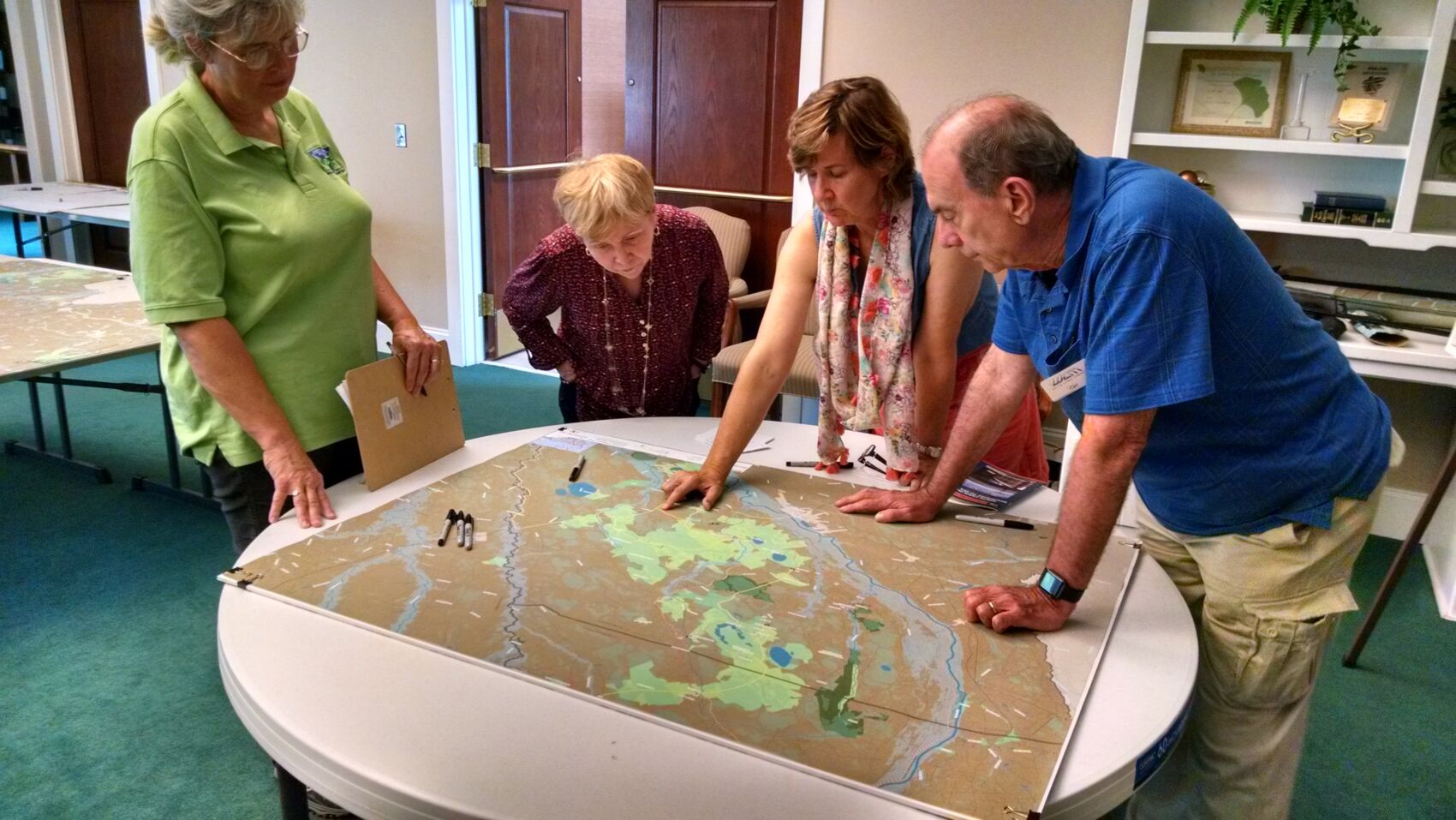 Kate Dixon (2nd from right) and Carl deAndrade (right), past board president, at a public forum in White Lake

“Friends of MST started ‘cookin’ with gas’ when we hired Kate.”

“I can’t stress enough what a bold, visionary move it was for Kate and Friends of the MST to undertake this complete reroute of nearly half their trail!  It’s unprecedented. I can hardly imagine the hours of work it has taken. But Kate has been tireless, enthusiastic, always up to the task, even relishing it.”

Make a Donation in Honor of Kate

Your gift is tax deductible to the fullest extent of the law.

Although the MST is an official state trail, North Carolina does not fund our work except for occasional grants for tools, chainsaw safety training and bridge construction. Gifts from individuals are our most important source of funding. All gifts are welcome and appreciated.

Financial information about this organization and a copy of its license are available from the State Solicitation Licensing Branch at (919) 814-5400. This license is not an endorsement by the State. Friends is a registered 501(c)3 nonprofit organization, tax ID # 52-2204330.